Delhi to see feature 50 blue buses on the road. 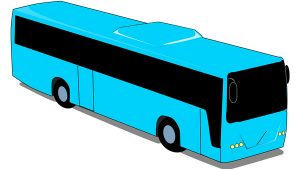 As per the cluster scheme, the Delhi government announces the arrival of 50 buses. These buses are going to hit the Delhi roads next month.

The Government devised a plan to deploy 1000 buses of low floor air-conditioned terms, and its first lot of fifty is going to be in next month to be functional.

The Government reports that it is the first time the low floor buses are going to get inductions via the cluster scheme. If we look at the early reports, we find several 1900 standard floor buses already operational under the programme in the area.

There has been a lot of discussions for the colour of the buses going from green and red to the decided blue hue. The Government chose the blue colour to help the citizens differentiate between the non-air conditioned green and red buses of Delhi Transport Corporation.

And it will also help in keeping the misunderstanding away from the orange standard floor non-air-conditioned buses of the cluster scheme.

Features of the Blue buses!!

The low floor buses have a lot of purposes to solve and serve. The small floor buses will make boarding and alighting easier for elderly passengers, children’s and differently-abled people.

A tender of the remaining 350 will be floating through the offices soon. The Delhi government is also trying to grab some o the hydraulic lifts featuring buses for around same 1000 in number.

They are only 229 of theses busses inducted since August this year under the cluster scheme.

The last date of the bid was 13 November. All the coaches going to get the inductions will feature 37 seats and will have GPS tach, panic buttons, CCTV and hydraulic lifts.

There are chances of single-day passes which are now available only on buses operated by Delhi Transport Corporation.

Furious Mad
Madhav Kumar is a student at BIT Sindri pursuing Electrical Engineering and has great interest in writing and research. He wants to share his experience with more people and also, learn from them.
Previous articleA seat belt would have saved 400
Next articleTesla Electric Cybertruck launched, broken window gloss only during launch, will run 800km in single charge