The 100 Season 7: Cast, Plot and Release Date of the upcoming season

The 100 is an American post-apocalyptic Sci-fi series that made its debut on the screen on 19th March 2014. This series is based on the book The 100 by Kass Morgan. The series is produced by Jason Rothenberg. The 100 has completed its 6 seasons. The 100 season 1 has 13 episodes. Season 2 of this series was being released on 22nd October 2014 and has 16 episodes. The 3rd season aired on 21st January 2016 and has 16 episodes. Season 4, 5, and 6 have 13 episodes each. This series got great reviews from its fan. The 100 got a 97% rating from Rotten Tomatoes. The series The 100 was first premiered on Netflix. 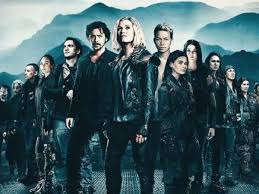 In Season 6 after waking up 125years later than they plan to find them at a completely different solar system, Clarke Bellamy and few of our best friends decided to go down to the new planet to explore and see what their new home is like.

Also, we see that is Season 6 Clark eventually won the struggle with Josephine and kicked her out of her body but Maddy was fully under the control of shade headed by that point. Raven came up with a plan to delete the flame which would have killed shade Hedda and saved Maddy but he somehow escaped the Eligius computer system in the process which feels like a very ominous cliffhanger for season 7.

At the end of Season 6 of The 100 Clarke and Bellamy reunites. In the 7th season, one of the major questions will be that this season will presumably dive further into The Anomaly. In season 7 we are going to see a bunch of different planets. 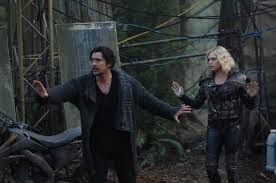 The production of season 7 of The 100 has been already completed back in March 2020 before the outbreak of COVID 19. Now it is in the information that this season will be released on 20th May 2020. The trailer of season 7 aired on 8th May 2020. Season 7 will be the final season of the series The 100.