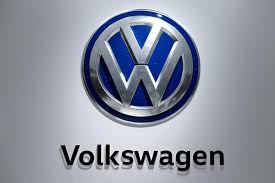 Volkswagen decides to boosts the autonomous driving technology system and the development of electric and digital technologies over the next five years to 60 billion euros ($66 billion).

Half of the amount, i.e., 33 billion euros are being invested in the development of new electric vehicles. The old plan set aside 8.8 billion euros for the improvements in the latest technology, automated vehicles.

We will step up the pace again in the coming years with our investments. Hybridization, electrification, d digitalization of our fleet are becoming an increasingly important area of focus.

We intend to take advantage of economies of scale and achieve maximum synergies. In light of the worsening economic situation, we are also working on increasing our productivity, our efficiency and our cost base secure meeting our targets.

The present period is just a transformational phase of the automobile industry, where EVs would sell — and Volkswagen is busy dumping truckloads of cash into them. VW has already dug itself in pretty deep with electrification.

The Volkswagen automaker presumed electrification would be the best way to future-proof itself against tightening emissions regulations.

Volkswagen wants to produce 75 all-electric models, along with about 60 hybrid vehicles, by 2029 — transforming the automobile industry.

Volkswagen enhances the electrification of automobiles by collaboration with other leading companies such as the Porsche and Audi brands using its PPE high-performance electric platform.

However, the vast majority of new EVs are said to be coming out of VW, riding atop the brand’s versatile MEB architecture.

Diess suggests his idea over the electrification of the automobiles as it was better to spend more to become a leader in the field — as opposed to falling behind has the market evolves.

But that presumes the market will develop with VW, something that’s mostly dependent upon regional emission rules and consumer acceptance.

“Despite the gain in market share, the Volkswagen Group anticipates that vehicle markets will contract faster than previously anticipated in many regions of the world,” the Volkswagen company explained.