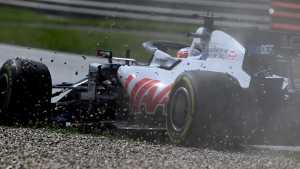 There is the double DNS in the first match itself. And it is sure to leave Hass in fear about the second race in Austria next week. Team Principal Guenther Steiner is very responsive here and gives his attention to make sure to look into the matters of Sunday and the problems. This Sunday in red Bull, both, Kevin Magnussen and Romain Grosjean, did retire due to brake issues on such a hot day. One of the main reasons was the team being too aggressive with the cooling techniques. And this view holds mostly for Steiner.

According to Steiner, the brakes were hot too early. But it was sure that it was not the time for them to be going for it. They shall have managed it. But, it may be more dramatic if they just broke. They were worn out. And now, they are in dire need to find out what led to the overheating so early. Of course, the overheating is not a problem, but the timing is. He never went for the thought that it shall be such a big issue, that it will affect in completing the races even. And now, he thinks that racing in the same venue back to back for two weekends will be a problem. Even though the weather may be different, but the experiences remain. It’s a bonus after suffering a problem. He expects rain the next week, making it ultimately a different experience this time.

Furious Mad
Madhav Kumar is a student at BIT Sindri pursuing Electrical Engineering and has great interest in writing and research. He wants to share his experience with more people and also, learn from them.
Previous article
The Umbrella Academy Season 2: Release Date, Cast, Plot And All The Update
Next article
Grace And Frankie Season 7: Release Date, Cast, Plot And More News